Of the four major sports leagues in the U.S., only Major League Baseball has gone more than a decade without a labor dispute. This is an astonishing turnaround, considering the hostility surrounding the cancelation of the 1994 World Series. From 1972 to 1994, the league endured work stoppages every time a labor contract expired, for a total of five players’ strikes and three owners’ lockouts.(a) But in the 19 years since then, baseball has been at peace.

Meanwhile, the other three major American sports leagues have experienced quite the opposite: The National Hockey League canceled its 2004-2005 season and lost much of the 2012-2013 season; the National Basketball Association lost nearly half a season in 1998-1999 and the first two months of the regular season in 2011-2012; the National Football League narrowly averted missing games in 2011-2012 by ending a preseason lockout and then faced a referee lockout for the first three weeks of the 2012-2013 season.

Why do these labor disputes happen, and why has baseball successfully avoided them over the past several years while other sports have not?

According to economist Andrew Zimbalist, “Fundamentally, what happens with a work stoppage [is] there’s an economic problem.” Zimbalist, a professor at Smith College, participated in a panel discussion on labor negotiations at the MIT Sloan Sports Analytics Conference in March and spoke with me afterwards by phone.(b) He explained, “On top of that, personalities [can be an issue]… Often there’s not trust or good communication between sides, and a new leader wants to establish himself. So either there are deep-seated aggregate issues [between management and labor], or distributional issues [regarding revenue], or personality issues.”

The paradox of labor disputes is that both sides – players and owners – have a great deal to lose from a work stoppage, but both have plenty to potentially gain as well. As Paul Staudohar, an arbitrator and professor emeritus at California State University, wrote about the 2011 NBA lockout, “A limited number of owners and players are contesting the distribution of a few billion dollars in annual revenue.” The potential gains at stake make it hard for either side to blink.

Disagreement about the equitable distribution of massive amounts of money is what fuels these disputes. Labor stoppages can occur when there is too much money flowing into a sport: wealthier owners may disagree with poorer owners on how funds should best be divided, while players may want a bigger share of the pie. This was the case during the 2011 NFL lockout, which ended before any regular-season games were canceled. Stoppages can also happen when owners worry that there is not enough money coming in and disagree on how to remedy the problem, as was the case for the 2011 NBA lockout and the 2012-2013 NHL lockout.

While the economic interests of both sides are key motivating factors, the disputes can be exacerbated by the way these interests are organized – or disorganized. There are no owners’ unions in professional sports, and the owners often have trouble agreeing with one another. Moreover, the Major League Baseball Players Association is often recognized as one of the strongest labor unions, while its counterparts in the NFL, NBA, and NHL are seen as being weaker.1 It is difficult for two sides to bargain with each other when neither side can agree on what it wants. A strong union that can negotiate with one voice is more able to settle issues before they reach the point of a labor stoppage.

One reason for the weakness of the NBA and NFL players’ unions is that the careers of these professional athletes are short and strikes have serious opportunity costs: not just salary, but the opportunity to play.(c) “Average salaries are high, and average career length is low,” explained Zimbalist. “When the average salary is $2 or $5 million, [players] don’t want to sit out a year in order to win some philosophical argument that might raise growth rate one percent.” This can tip the balance in favor of the owners, who have a longer time horizon than the players. While the players are less inclined to strike, the owners are no less willing to lock players out.

Another difference between sports leagues is the use of salary caps to limit what teams can spend on player salaries.(d) Of the four leagues, the MLB is the only one that lacks a formal salary cap. While the 1995 collective bargaining agreement that followed the 1994 strike introduced a luxury tax that punishes salaries above a certain level, it isn’t a true cap and payrolls are technically unlimited. That’s important, says Zimbalist, who explains, “Caps can be quite inflammatory.”According to Staudohar, salary caps and payroll penalties “took center stage” in the MLB strike and NHL lockout that took place in 1994 and 1995.2

Players’ unions inevitably oppose salary caps, for obvious reasons. Caps also exacerbate financial differences among owners. For example, if teams had radically different revenues yet were expected to spend the same amount on player salaries, then the difference between their respective profits could be painfully high. As Zimbalist wrote in a 2010 article, “Minimally, this outcome produces tension and conflict among the team owners and, maximally, it could challenge financial stability across the league.”3

Thus far, we have identified two specific reasons baseball has been able to avoid labor disputes over the last two decades: a strong players’ union and the lack of a true salary cap. Yet Zimbalist cautions that there is no “simple answer” and emphasizes the importance of individual personalities, specifically baseball’s commissioner since 1992, Bud Selig. As Zimbalist writes in his 2007 book, In the Best Interests of Baseball?, the MLB before Selig was characterized by “managerial arrogance, lassitude, and inefficiency,” in large part because the sport “depend[ed] on a nominally omnipotent but in practice closely circumscribed commissioner.”4

Selig changed all that. “Through the use of carrots and sticks, and some manipulation,” Zimbalist explained in an interview, “[Selig was able] to get owners to stop fighting with each other and follow some effective leadership… His ability to get owners at least nominally on the same page is what paved the way for innovation in the game, because it allowed for more revenue growth, but also [got] owners to have a more sensible approach to collective bargaining.”

An interesting lesson from baseball seems to be that the more organized both sides (players and owners) are, the more effectively they can negotiate and the less likely disputes are to reach the point of becoming work stoppages (strikes or lockouts). Whether other leagues can follow suit remains to be seen. 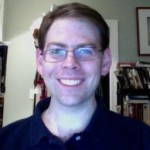 Alex Remington is a recent graduate of the M.P.P. program at Harvard’s Kennedy School of Government. He has worked as a reporter for the voting rights project at News21, as a writer for the Harvard-based Journalist’s Resource, and as an assistant at the Washington Post. He writes about baseball for Fangraphs and is the managing editor at Braves Journal, a popular Atlanta Braves blog. Previously, he wrote for Yahoo! Sports and the Huffington Post. Alex graduated from Yale University with a bachelor's degree in political science and Russian.