Last fall, online health insurance brokerage Zenefits earned a dubious distinction: it became the first privately held Silicon Valley “unicorn” subjected to penalties from the Securities and Exchange Commission (SEC). While the company was once a rising tech star valued at $4.5 billion, it was nearly tanked by dysfunctional company culture that included a frat house atmosphere, a fixation on stratospheric growth, and a willingness to play fast and loose with regulations. The hard-charging, reckless culture that may have served Zenefits well when it was a young startup had quickly become a liability as the company matured.

Hallmarks of startup culture such as the ethos of “act first, apologize later,” the relentless pursuit of growth, and the “work hard, play hard” climate can all do real damage as a company grows, and Zenefits is just one of several recent examples that prove it. Elizabeth Holmes, who developed a secretive, autocratic culture at the troubled blood diagnostic testing company Theranos, recently resolved her own SEC fraud charges for lying to investors. In March, Uber settled a $10 million discrimination lawsuit after widespread accusations of sexual harassment, pay discrimination, and a hostile work environment.

Yet there is a good reason that so many corporations try to emulate startups. Netflix, for instance, thrives on a culture that incorporates startup-style flat organizational structures, flexible and informal processes, and an ethos of exacting standards and hard work for high rewards. Not everything about startup culture is toxic.

As someone who has studied company culture extensively and worked with businesses around the world on the issue, I think it’s worth asking: What aspects of startup culture have value and which are best left behind?

Culture and collapse at Zenefits

One of the best ways to understand what happened at Zenefits is to analyze its company culture and how it encouraged fraud, burnout, missteps, and chaos. While culture often feels like a vague and slippery concept, academic research provides a clear framework for defining and understanding it. The building blocks of culture are tangible, measurable, and within the control of effective leaders. Below, I offer a framework for understanding culture that is based on years of my own research as well as prominent management research from well-regarded scholars such as Edgar Schein, Clayton Christensen, Geert Hofstede, Daniel Denison, and Jon Katzenbach.

By examining how Zenefits embodied these elements of company culture, we can understand what went wrong and how toxic holdovers from startup culture undermined a promising organization.

From the beginning, Zenefits’ values focused on aggressive growth and a definition of success that emphasized high valuations and outrageous revenue targets. The tone was set by the company’s brash founder and CEO, Parker Conrad, and nurtured at Silicon Valley pressure cookers like Y Combinator and TechCrunch Disrupt. VC funders like Andreessen Horowitz further pushed the company to set more aggressive revenue goals and rapidly expand its sales team to meet those targets. From January to September 2015, the number of employees at Zenefits tripled and investor capital resources poured in.

Viewing success as synonymous with growth created a frenetic, hard-charging climate that Conrad described as a “a low level panic that suffuses the organization.” Members of the sales team were working 12 to 13 hour days. Every time a milestone was hit there was a booze-filled celebration, with the office taking on the look and feel of a fraternity house. The company even had its own version of Facebook’s famous “Move fast and break things” motto—in this case, it was “Ready, Fire, Aim!” This philosophy manifested in reckless behaviors, encouraged by leadership, including lying to potential clients about the company’s products and dodging state insurance regulations. Executives spent their time and money focused on massive fundraising and sales growth, rather than mapping a balanced trajectory for long-term sustainability.

With its lopsided focus on sales and growth, Zenefits did not develop the resources and processes it needed to mature as a company. Even as the company grew rapidly, its headquarters did not have a receptionist, an IT staff, or an HR department. People were promoted from within even though most employees were recent college graduates with no experience in management or the insurance industry. The company also failed to put in place good hiring, training, and compliance processes. The focus on assembling resources such as VC funding and young, hungry sales employees left Zenefits short on essentials like HR staff, experienced managers, and good training systems.

Zenefits’ culture began to come apart at the seams in 2015. A climate of failure descended on the enterprise side of the business as attempts to sell to larger firms floundered and salaries were cut. A damning BuzzFeed report revealed that the company skirted state insurance regulations using a software program Conrad himself allegedly wrote, and several states opened investigations.

The company scrambled to clean up its act. Conrad and other high-level executives resigned in early 2016. Seventeen percent of the workforce was laid off, the enterprise team was closed, and alcohol was banned. In a symbolic move, the firm’s motto was changed to from “Ready, Fire, Aim!” to “Operate with Integrity.” New CEO David Sacks, pointed to company culture as a key factor in Zenefits’ implosion and promised to make changes: “[M]any of our internal processes, controls, and actions around compliance have been inadequate, and some decisions have just been plain wrong… The company culture of pressuring and bullying employees to cut corners and do the wrong thing is over.”

Despite the cautionary tale of Zenefits, and scores of others like it, startup culture is not inherently flawed. Many thriving Silicon Valley companies have succeeded by keeping what’s valuable about startup culture and leaving the rest behind. Take Netflix, whose company culture has been studied and emulated across the industry. Its famous slide deck, “Netflix Culture: Freedom and Responsibility,” has been viewed more than 17 million times since it was first posted in 2009, and was recently codified in a 4,000-word document on the company’s website. Facebook COO Sheryl Sandberg said the original slide deck “may well be the most important document to ever come out of Silicon Valley.” Virgin Group, HubSpot, Black Duck Software, and others have used it as inspiration for their own culture statements.

What makes Netflix’s culture so effective? By looking at the building blocks of its culture, it’s apparent that the company made very different choices than Zenefits about which aspects of its startup origins to embrace.

Zenefits valued growth over everything else and neglected to develop important processes around issues like training and compliance. Netflix has incredibly flexible processes, but brings in rules when it matters. It values peoples’ own judgments when it comes to their work lives. Vacation time and parental leave, for instance, are unlimited and at the employee’s discretion. Travel and expense policy is summed up in five words: “Act in Netflix’s Best Interest.” However, unlike Zenefits, the company sets clear, strict boundaries around ethical issues, safety, harassment, and information security.

Whereas Zenefits’ focus on growth led to a sense of constant panic, Netflix has created a climate of transparency, where information is shared broadly and many documents are open for anyone in the company to read. The company encourages behaviors that serve the business, not the boss, and insists that employees behave extraordinarily candidly with each other, even when it hurts. In contrast, Zenefits executives’ behaviors encouraged employees to skirt the law and lie to potential customers.

Whereas Zenefits did not develop the staff resources it needed to be successful, Netflix places a strong priority on hiring and retaining the right people. Their manifesto states, “The real values of a firm are shown by who gets rewarded or let go.” The company pays employees well and allows them to choose how much of their compensation they want in cash or stock, which vests immediately. Netflix believes a great workplace climate isn’t dependent on perks but is about getting to be part of a “dream team” working on ambitious projects. Its climate promotes good work over workaholism, and famously does not value “brilliant jerks” who can be toxic to a team.

Whereas Zenefits defined success only by its valuation and revenue, Netflix considers retaining hard-working, talented people as much as part of its success as revenue and sales targets. Its vision of success requires everyone to work at the top of their game. The company is more than willing to, respectfully, let those who aren’t contributing to the dream team go.

While Netflix’s culture—with its continued focus on openness, flexibility, and drive—owes a debt to the startup world, it is substantively different than the hard-driving, hard-partying culture that tore apart Zenefits. As a result, in the past five years the 19-year-old company has seen its revenues more than double, its user base triple, its net income skyrocket from $17 million to $186 million, and its stock price increase eleven-fold. These successes show why its culture manifesto has become a blueprint for building a powerful business culture.

What elements of startup culture should larger, more mature organizations learn from and what should they cast aside? The aspects of culture that help Netflix thrive and the reckless, aggressive culture that almost sank Zenefits are both rooted in startup dynamism. Yet only Netflix was able to harness that dynamism and channel it into success. Netflix’s culture seems to combine the best of the startup world with the best of a major enterprise that has scaled.

Startups have influenced businesses of all sizes. Yet large organizations must remember that what works for technology-driven startups doesn’t always translate to other industries or business sizes. Entrepreneurs must also keep this lesson front of mind as their companies flourish and mature. Organizations should avoid thinking of startup culture as a magic bullet and instead think of it as a menu of options, some of which can hold great value while others are best left behind. The six building blocks of culture can help both executives and startup entrepreneurs make careful choices to develop and reinforce each building block as their enterprises scale.

This article was produced by Footnote in partnership with Babson Executive Education. It was published in Quartz. 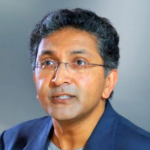