This article was produced in partnership with the Mayo Clinic’s Center for Individualized Medicine.

Since the discovery of DNA, people have anticipated how deciphering the secrets in our genes might one day transform medicine. The first commonly used genetic tests appeared in the 1970s and the full human genome was sequenced in 2003. But it is only in the past decade, as sequencing technology advanced rapidly and the price tag plummeted, that genomic medicine has started to become a reality.(a) We’re finally gaining access to a huge piece of the medical puzzle – our genetic code – that was previously missing.

The spread of genomics is launching a “new era” in medicine, according to Dr. Alexander Parker, an epidemiologist and the Associate Director of the Mayo Clinic’s Center for Individualized Medicine (CIM) in Florida.(b) We’re transitioning from a one-size-fits-all model to a world of individualized medicine that is tailored to each patient’s genomic profile. Parker emphasizes that genomic medicine isn’t just a “promise for the future” – genomics has already begun to impact nearly every area of medicine and help patients in ways that would have been impossible even a few years ago.1

Genomics can serve as a powerful diagnostic tool, particularly for patients with rare, unidentified conditions who have spent years searching for a diagnosis. Physicians can sequence and search a patient’s genome for potentially relevant genetic markers, then cross-check those against databases documenting the health effects of thousands of mutations found in other patients.

The power of genomics as a diagnostic tool can be seen in the case of Jim, a 23-year-old patient suffering from uncontrollable spasms and tremors.3 Before coming to the Mayo Clinic, his “diagnostic odyssey” spanned five neurologists and a series of clinical and genetic tests that failed to provide any conclusive answers. At CIM, Jim, his parents, and his sister had their entire genomes sequenced, analyzed, and compared. The technicians were able to identify a mutation in a gene called KCNA1 that produces a potassium channel in cells, which finally led to a diagnosis for his condition – a neuromuscular disorder called episodic ataxia type 1.

Genomics is also transforming treatment for diseases like cancer by enabling physicians to tailor therapy to the DNA profile of each patient and their tumors. Parker shared the story of Elizabeth, a 44-year-old with metastasizing gall bladder cancer who tried both standard and experimental therapies without success.3 Analysis of her tumor cells at CIM revealed a mutation in a gene called FGFR2. She was given chemotherapy known to be effective against tumors with this specific mutation, a treatment that Parker says probably never would have been tried otherwise.

The personalized oncology that patients like Elizabeth are now able to receive is driven by research into the genomics of cancer. Projects like the National Institute of Health’s Cancer Genome Atlas and the Mayo Clinic’s Breast Cancer Genome-Guided Therapy study catalog the genetic factors involved in various cancers and identify which treatments are most effective for different genetic markers and cancer types. Pharmaceutical companies are also developing therapies targeted to specific types of cancer. For example, the cancer drug Gleevec has been called a “miracle drug” for its ability to target a chromosomal abnormality connected with certain types of leukemia.

The concept of tailored treatment is also taking root in the realm of prescription drugs, launching a field known as pharmacogenomics. While patients tend to overlook how pharmaceuticals actually work inside the body – pop a pill and the problem is gone – in reality there is wide variation in how the same drug acts on different people’s bodies. For instance, the anticoagulant warfarin successfully prevents blood clots in many patients, but can send people with certain genetic markers to the edges of the spectrum, either causing clots or resulting in hemmoraghing.4

Pharmacogenomics focuses on this kind of variation in outcomes and uses genomic information to determine which drug at what dose will be most effective and cause the least side effects for a particular patient. In the case of warfarin, the FDA now requires that its label provide information on the genomic variability of its effects and offer dosage ranges tailored to different genotypes.

Genomic medicine will continue to transform the diagnosis and treatment of diseases from cancer to clotting disorders.2 But its biggest impact may prove to be its predictive power, allowing doctors to anticipate patients’ future health problems and take action before they get sick.(c) The imprecise measures currently used to estimate a patient’s risk of disease, like family history and general population statistics, will be augmented with genomic information that can provide a much more precise picture of someone’s health risks.

Fortunately, the blueprint written in our DNA is not immutable, and lifestyle changes can reduce the risk of many chronic conditions. Epigenetics, the study of how gene expression is affected by environment and behavior, will help doctors advise patients on the preventive measures they can take to address the particular dangers their DNA holds.

Given the numerous ways genetic information will be used to improve our health, experts anticipate that within the next decade or two many of us will have our full genome sequenced and available in our medical records. Dr. Michael Christman, President of the Coriell Institute for Medical Research, predicts we’ll probably have many different sequences on file, from our genome at birth to our microbiome (the bacteria and other microorganisms in our body) and even our blood.(d)

Having every patient’s full genome available may sound like a doctor’s dream come true, but, like any transformative technology, it also raises concerns. There are scientific and medical questions about when our knowledge of the genome will catch up with our ability to map it, and whether patients will be able to understand genetic findings without being overwhelmed by all the information their genome holds.

There are also economic, legal, and ethical concerns around issues like genetic privacy and access to testing for those who can’t afford it. Scientists and clinicians are beginning to focus not only on the medical questions, but also the social ones. Researchers like Mayo Clinic geneticist Gloria Petersen are incorporating into genomics research bioethical questions about the proper use and disclosure of genetic information.

One day soon, DNA analysis may be as routine a part of a doctor’s visit as a hearing check or a cholesterol test.(e) While we aren’t there yet, we’re already seeing the impact of genomics in fields from cancer treatment to pharmacology. Genomic medicine isn’t a far-off promise, it’s a reality that is helping patients today and laying the groundwork for a future where every patient receives care tailored to his or her unique genomic profile. 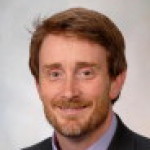 Alexander Parker, Ph.D., is a professor of Epidemiology and Urology at the Mayo Clinic. He is also the Cecilia and Dan Carmichael Family Associate Director of the Center for Individualized Medicine at the Mayo Clinic in Florida, which was launched in 2012 to advance research and clinical practice in the field of individualized medicine. Dr. Parker's research aims to improve our understanding of the molecular epidemiology of kidney cancer, with a particular focus on addressing clinical and public health questions. He received his Ph.D. in epidemiology from the University of Iowa and completed a post-doctoral fellowship in molecular and genetic epidemiology at the Mayo Clinic.