The casual outfit that Facebook co-founder and CEO Mark Zuckerberg sported in front of elegantly dressed bankers and investors just before his company went public generated much clamor in the media. While some observers judged the young entrepreneur’s choice to wear his typical hoodie and jeans on such an official occasion as a mark of immaturity, others defended it as a sign of boldness that helped spread publicity about the deal.

Why is the “CEO Casual” look sported by Zuckerberg, Apple CEO Steve Jobs, and certain other business leaders interpreted as a sign of status, while other professionals in casual dress would be laughed out of a job interview?(a) Our research explores the conditions under which nonconforming behaviors, such as wearing red sneakers in a professional setting or entering a luxury boutique wearing gym clothes, lead to attributions of enhanced status and competence rather than social disapproval.

In both professional and social settings, we often make significant efforts to learn and adhere to dress codes, etiquette rules, and other written and unwritten codes of behavior.1 Adherence to such rules and social norms is driven by a desire to gain social acceptance and status and avoid negative sanctions such as social disapproval, ridicule, and exclusion. At times, individuals who are aware of social norms and expectations may nonetheless decide to risk deviating from standards of appropriate dress, speech, and behavior. High-status individuals like Zuckerberg typically have wider latitude for deviation and are relatively freer from social constraints.

To better understand nonconformity, our research examines how third-party observers interpret violations of convention and make inferences about the status and competence of nonconformers.2 Our studies explore various social environments and populations, including shop assistants at high-end boutiques in Milan, Italy, business leaders in an executive education course, and country club members at a black-tie party. In one of our experiments, Dr. Gino taught an executive education class at Harvard Business School wearing red sneakers, which are quite atypical for this environment. We refer to the red sneakers effect to signify the potential benefits of nonconformity.

We find that, in certain cases, nonconforming behaviors can lead to inferences of enhanced status and competence in the eyes of others, and that this is because of – not in spite of – these behaviors’ deviance from the norm. Engaging in behaviors that present the risk of losing status gives off the impression that someone has plenty of status to spare. The dynamics of status signaling through nonconformity are similar to – though possibly more subtle and sophisticated than – the dynamics of signaling through expensive consumer goods. Wealthy individuals signal their position by giving up financial resources to purchase expensive luxury items.(b) Similarly, by giving up the social benefits conferred by conformity, individuals show that they do not need these benefits because they already possess high status.

Clearly, nonconformity is only interpreted in a positive light in certain scenarios; in most situations, deviation from the norm results in disapproval and punishment rather than increased status. Our research illuminates some of the characteristics of the observers, the environment, and the behaviors that need to be in place for nonconformity to fuel positive perceptions of status and competence. We find that the observers’ familiarity with the environment, their perception of the behavior as intentional, and their own history of nonconformity all increase their willingness to assign positive attributes to an individual deviating from established norms.

First, the observer must be somewhat familiar with the environment. Only observers who are acquainted with the consumption context and have experience observing and interpreting behavior in this specific context will derive positive inferences from signals of nonconformity rather than conformity. For example, in one of our studies, shop assistants at luxury boutiques in Milan, Italy considered a shopper more likely to make a purchase or be a celebrity when she was wearing gym clothes or a Swatch watch than when she was wearing an elegant dress or a Rolex. In contrast, pedestrians recruited at Milan’s central train station – of a similar demographic and socioeconomic background but less familiar with the luxury boutique environment – tended to perceive the elegantly outfitted shopper as possessing status greater than or equal to the poorly dressed shopper. Since they are more familiar with the context, the shop assistants are capable of finer, more articulated discrimination in that specific environment and rely less on prototypical product symbols to discern status. 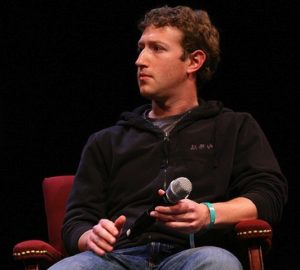 Second, the environment must be one with clearly established norms that the individual intentionally defies. For example, wearing gym clothes is a noticeable aberration in a luxury boutique with an expectation of nice attire, but not in a discount store where casual dress is the norm. Observers must believe the nonconforming individual is both aware of the norm and able to conform to it, but deliberately decides not to.(c)A nonconforming behavior that seems unintentional or dictated by lack of a better alternative – such as ragged clothes on a homeless person – will not lead to a positive impression.

This perception that the individual is consciously choosing not to conform is critical because, in order to signal status, deviations must demonstrate the autonomy to act according to one’s own inclinations and to bear the cost of nonconformity. In another study, we found that participants perceive a guest wearing a red bow tie at a black-tie country club party as a higher-status member of the club and as a better golf player than a conforming individual wearing a black bow tie. This assumption is based on the belief that the red bow tie wearer has enough status and autonomy to follow his preferences, even when they deviate from the norm.(d)

Lastly, we found that observers who value uniqueness and habitually engage in atypical choices themselves, such as owning unconventional consumer products, are more sensitive to nonconforming behaviors and assign them more status. For example, in one of our studies, business executives who owned an unusual pair of shoes attributed higher status and competence to a professor teaching a class at Harvard wearing a pair of red Converse sneakers than did observers with more mainstream taste in shoes. Furthermore, respondents who reported a greater general need to feel unique were more likely to approve of this professor’s choice, suggesting that the effect extends beyond cases where the observer’s unusual consumption choices are identical to those being observed.

Should we all pack up our elegant shoes and start wearing bright red sneakers to work? Increasing our status in the eyes of others is clearly an important goal, as it can grant us power and influence within our social groups and organizations. Weighing the benefits of adherence to social norms against the potential, more risky upsides of nonconforming practices is a difficult judgment call. Readers should consider whom they are aiming to impress and whether they are confident enough to withstand some occasional odd looks (which, we can assure, you will get!).(e) Adherence to social norms – in other words, leaving the red sneakers at home – might be a wiser strategy for some people, but if you can forgo the benefits of conformity and tolerate the potential costs of nonconformity if things go sour, marching to the beat of a different drummer can have some surprising upsides. 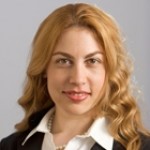 Anat Keinan is an Associate Professor of Marketing at Boston University’s Questrom School of Business. She received her Ph.D. in Marketing from Columbia Business School. Her research interests include branding, symbolic consumption, consumer wellness and well-being, luxury marketing, consumer self-control, authenticity, and the consumption of experiences. 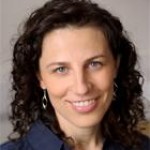 Francesca Gino is an associate professor of business administration in the Negotiation, Organizations & Markets Unit at Harvard Business School. She is also formally affiliated with the Program on Negotiation at Harvard Law School and with the Mind, Brain, Behavior Initiative at Harvard. She has earned research awards from the National Science Foundation and the Academy of Management, including the 2013 Cummings Scholarly Achievement Award from the Academy of Management Organizational Behavior Division. In addition to teaching, she advises firms and not-for-profit organizations in the areas of negotiation, decision-making, and organizational behavior. 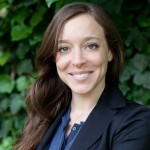 Silvia Bellezza is the Gantcher Associate Professor of Business in Marketing at Columbia Business School, where she teaches marketing to MBA and executive MBA students. Her research focuses on consumer behavior and symbolic consumption – how consumers use products and brands to express who they are and signal status. She earned her Ph.D. in marketing from Harvard Business School and worked in the marketing departments of L.V.M.H. and Dannon.